I am obsessed about shark and one of my dream is to go cage shark diving. When I talk about shark, most likely you think about the great white shark but do you know that there are around 440 species of shark? Sharks play a vital role in the oceans and today they are facing the threat of extinction. Founded by divers with a shared passion, Save Shark’s mission is to save the world’s dwindling shark populations.

Currently their current website is outdated and not reflecting the fun part about learning about sharks. Inspired by Rob Stewart and the tireless efforts of those at Save Sharks, I took it upon myself to improve their site’s design.

To modernize the website’s look and to make the site more engaging so visitors are interested to get involved and learn more about sharks.

This website is targeted for kids and young adult, women and men in between 10 and 35 years old who are interested in the ocean and marine life. This site is also kid friendly and combines the fun and learning process through visual design. 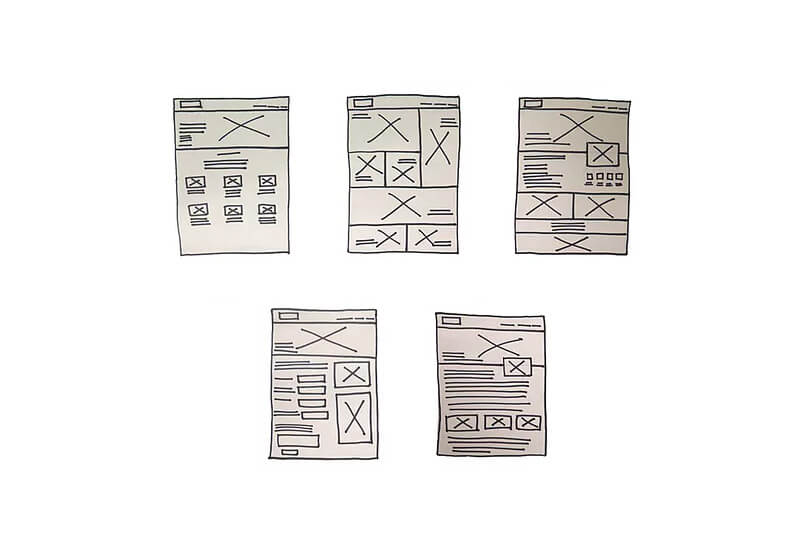 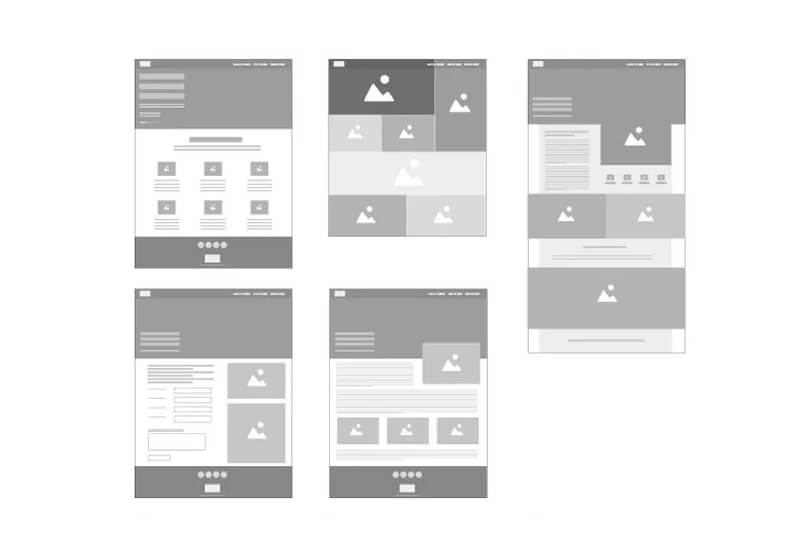 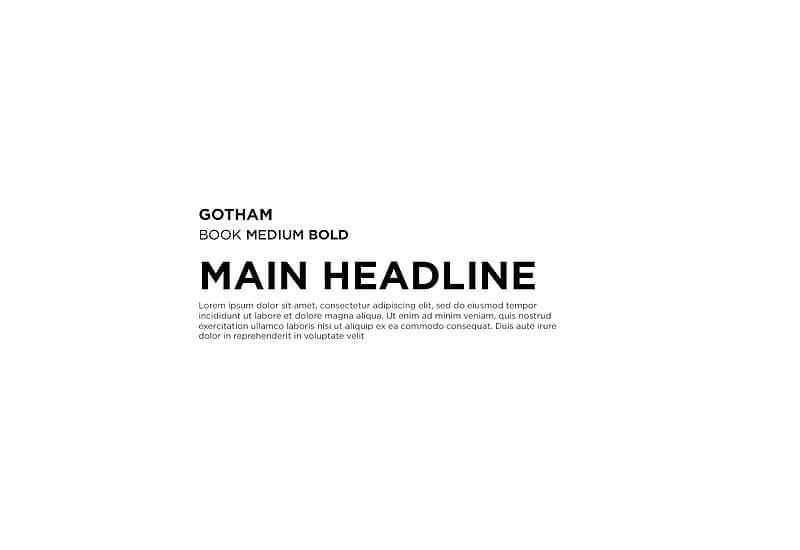 Based on the research and the infamous Jaws movie, I found out when I mentioned about shark, most people immediately think about the great white shark. I would like to change the wrong perception about it and I put the great white shark as the hero image followed by the big bold lettering and learn more button as a call to action so that visitors could educate themselves that there are plenty different species of sharks other than the great white.​

Strong calls to action were incorporated on the header that has been freeze to give visitors the opportunity to get involved whether to make a pledge, stay in loop or make a donation. When a prospective donor clicks “Donate Now”, then it will go to PayPal checkout. 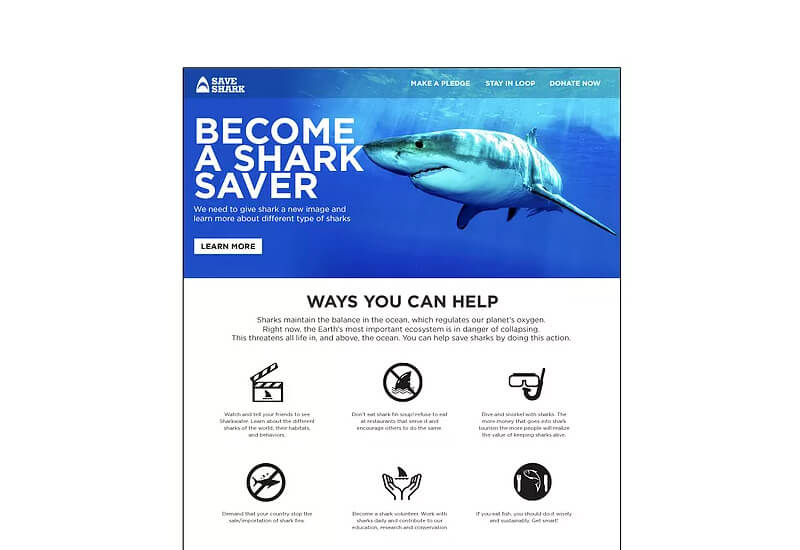 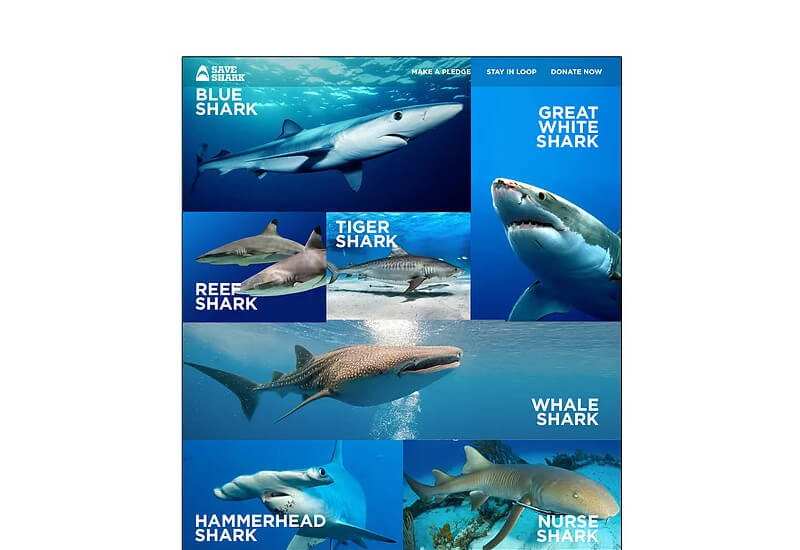 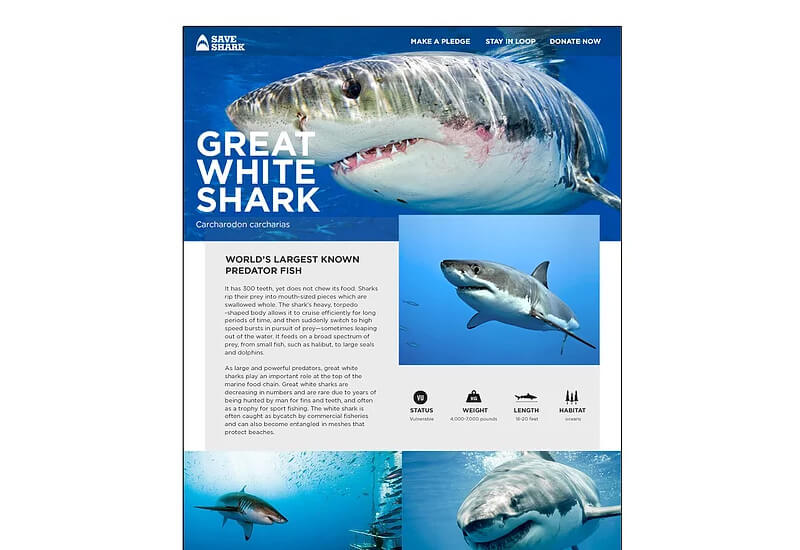 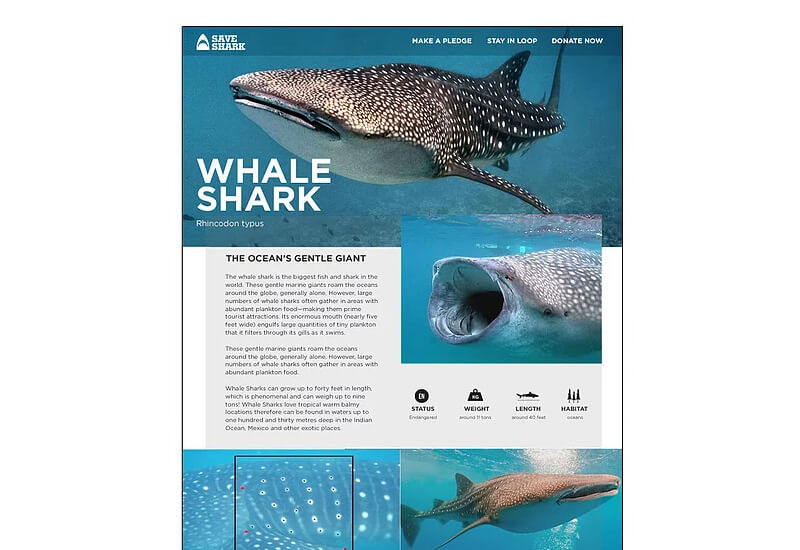 Sharks are infamous for being labeled as the big, bad monsters of the sea, but there’s a monster out there that’s even more threatening – humans. ​

The lesson to learn here is that the top portion of the website is the first thing that visitors would see and therefore should be dedicated to explaining the purpose to visitors in this case to create the awareness of sharks through education and appreciation.